Home»Reviews»THE LAY OF THE LAND 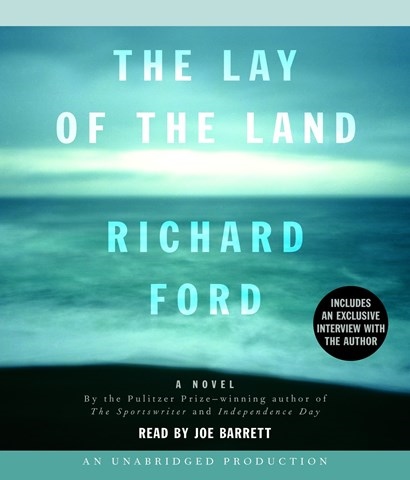 THE LAY OF THE LAND

If America shared one voice, it might sound like that of Joe Barrett, the reader of this involving, thoughtful audiobook. Barrett's voice captures both narrator Frank Bascombe’s witty personality and the strong, curious, simultaneously optimistic and cynical tone of America as a nation. Listeners will easily fall in beside Frank as he faces Thanksgiving, both the holiday and the practice itself. Barrett’s portrayal of Frank’s encounters can be uproariously funny thanks to the reader’s timing and vocal twists; the next minute, however, the listener could be pondering the larger meanings of life. Sometimes sweet and mournful, other times sardonic and raspy, Barrett’s appealing performance of Ford’s appealing novel feels like the voice of an entire country. L.B.F. AudioFile Best Audiobook of 2007 © AudioFile 2007, Portland, Maine [Published: FEB/ MAR 07]