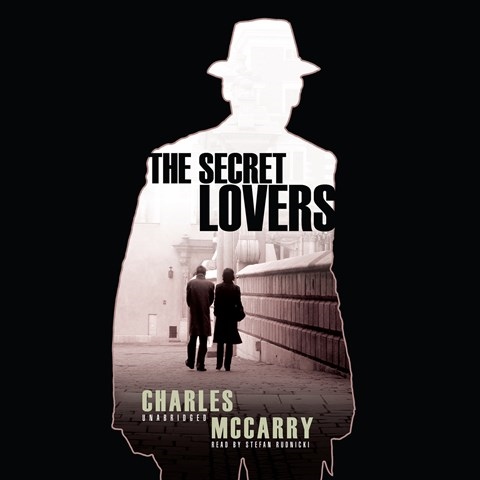 Charles McCarry, a CIA operative for 10 years, offers up a Cold War espionage novel filled with insider information about amoral intelligence agents and agencies, covert operations, and offbeat characters. Paul Christopher, the central figure of several of McCarry’s novels, is an original. An American spy who’s nonviolent, intelligent, and skeptical about his work, Christopher must manage the publication of a dissident’s novel, which could destroy the Soviet Union. Stefan Rudnicki navigates the complex plot, establishing both place and time expertly. From West Berlin to Rome to the Congo, in love scenes or in clandestine meetings, Rudnicki makes it all real. Written 20 years ago, this reissue boasts graceful writing that never misses its mark and a riveting performance by Rudnicki. S.J.H. Winner of AudioFile Earphones Award © AudioFile 2007, Portland, Maine [Published: APR/ MAY 07]