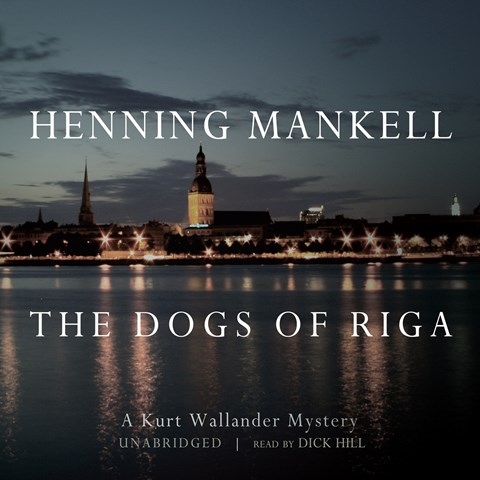 THE DOGS OF RIGA

Dick Hill’s portrayal of Mankell’s Swedish police detective, Kurt Wallander, is masterful. In this second book in the internationally acclaimed series, two murder victims are washed ashore in a lifeboat on the Swedish coast. Their Baltic origins lead the Swedish detective into a joint investigation with a Latvian policeman. The policeman’s murder draws Wallander across the sea to a country just released from Soviet control. Hill’s Latvian detectives have just enough of an accent for distinction, and his tone darkens astutely as Wallander begins spiraling deeper into the political underworld of the bewildering country he is reluctantly immersed in. The pacing as danger escalates is engrossing as the law-abiding policeman finds himself doubting, then being pursued by, former allies. D.P.D. Winner of AudioFile Earphones Award, AudioFile Best Audiobook of 2007 © AudioFile 2007, Portland, Maine [Published: JUN/ JUL 07]