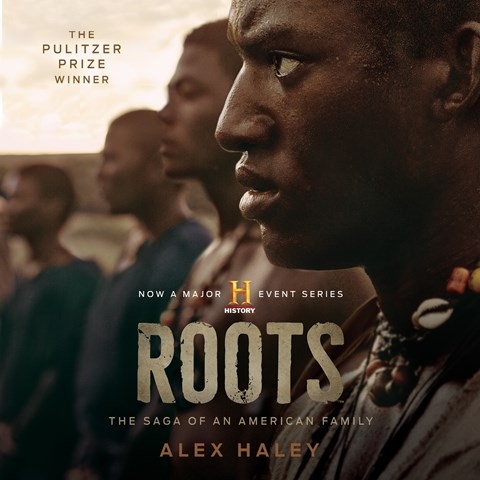 ROOTS The Saga of an American Family

This is the thirtieth anniversary of this Pulitzer Prize-winning novel. Presenting the life of the captured and enslaved African Kunte Kinte and his American descendants as representative ancestors for contemporary African-Americans, Haley initiated a dialogue on race in America not experienced since the writing of UNCLE TOM’S CABIN. Those audiophiles who have heard Avery Brooks speak extemporaneously are aware of his idiosyncratic speech pattern. Being the consummate actor, Brooks has immersed himself into the role of narrator. In fact, it is difficult to describe what Avery Brooks does in this audiobook. He neither narrates nor performs, rather, he conjures. He brings the plethora of characters to life as memory, as history, as the pawns of diaspora. His narration begins in reverential tones as an homage to a literary masterwork, yet he ends it as a roar against racism. P.R. Winner of AudioFile Earphones Award, AudioFile Best Audiobook of 2007 © AudioFile 2007, Portland, Maine [Published: OCT/ NOV 07]