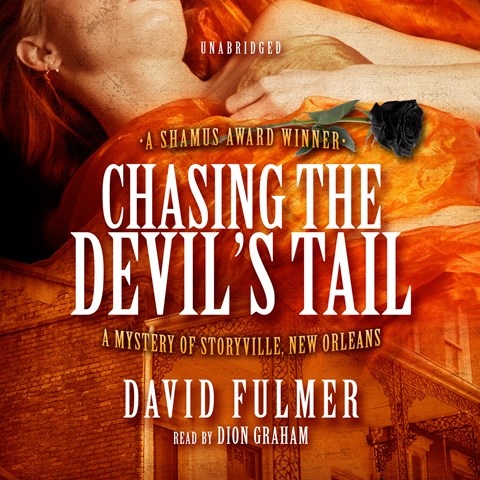 CHASING THE DEVIL'S TAIL A Mystery of Storyville, New Orleans

Storyville is the infamous New Orleans red-light district. It’s 1907, and someone is murdering working girls and marking each killing with a black rose. Creole P.I. Valentin St. Cyr is hired to track down the killer and restore business as usual to Storyville. Dion Graham is a masterful narrator. His clear, crisp voice shifts seamlessly from the storyteller to the myriad characters who populate this fascinating story. From fancy man to prostitute, black jazz musician to white political boss, priest to voodoo madam--each has his or her vocal identity, superbly matched to the culture and times of the day. The story is energized by a compelling narration, which propels listeners into this slice of American history. T.J.M. Winner of AudioFile Earphones Award © AudioFile 2008, Portland, Maine [Published: AUGUST 2008]