Home»Reviews»DOES MY HEAD LOOK BIG IN THIS? 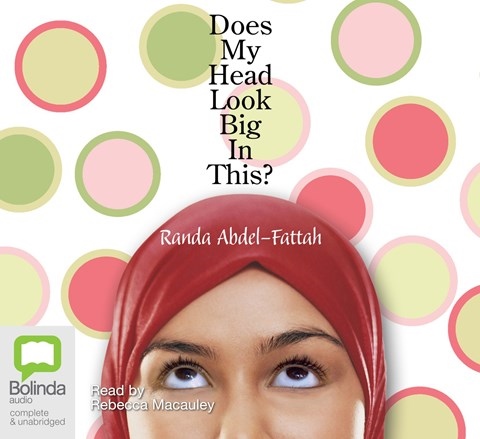 DOES MY HEAD LOOK BIG IN THIS?

Amal Abdel-Hakim is a 17-year-old Australian-Palestinian-Muslim who’s asking the same question all teens ask: How do I fit into my world?. She’s bright, pretty, popular, and she’s just decided to wear the hijab—the headscarf—full time. How this changes Amal’s life is recounted in serious and hilarious detail and narrated with authenticity by Rebecca Macauley, who manages both teen angst and adult tones with equal aplomb. While the Australian slang may sometimes mystify American teens, the story’s universal appeal and Macaulay’s gifted narration will keep listeners fully engaged in Amal’s struggle to be an observant Muslim while still maintaining an ordinary teenager’s life. S.G. © AudioFile 2008, Portland, Maine [Published: APR/ MAY 08]