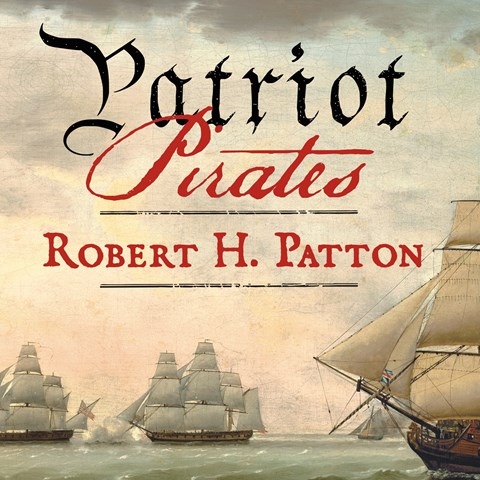 The privateers were "an instant navy" for the Americans, but the British saw the crews that attacked their ships for both profit and patriotism as pirates. For both sides, they turned out to be an important part of the Colonies' fight against England. Alan Sklar narrates with spirit and enthusiasm, bringing alive both the historic conflicts and the political atmosphere of the Revolution. Sklar and author Robert H. Patton solidly convey the atmosphere in which privateering developed and flourished, gradually winning over the support of the English public and skeptics at home. The story of these businesslike patriots is intriguing as it casts light on a little-told part of American history. J.A.S. © AudioFile 2008, Portland, Maine [Published: AUGUST 2008]