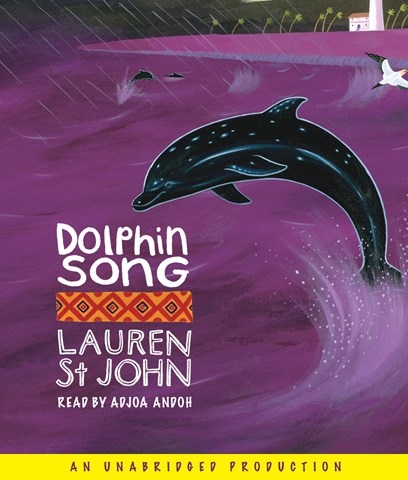 Narrator Adjoa Andoh brings the rhythm and speech patterns of South Africa to this story of six children marooned off the coast of Mozambique. Her undulating voice speeds and slows with the rhythm of St. John's story. Andoh brings intensity to her portrayals of Martine and her schoolmates as they struggle for survival and hope for rescue when a school trip goes dreadfully amiss. Listeners can hear the character of Martine gain confidence as she metamorphoses from reluctant student to quick-thinking life saver. The story weaves down-to-earth messages on environmental concern and self-awareness with a fantastical world in which a white giraffe and dolphins have remarkable abilities. A.R. © AudioFile 2008, Portland, Maine [Published: OCTOBER 2008]