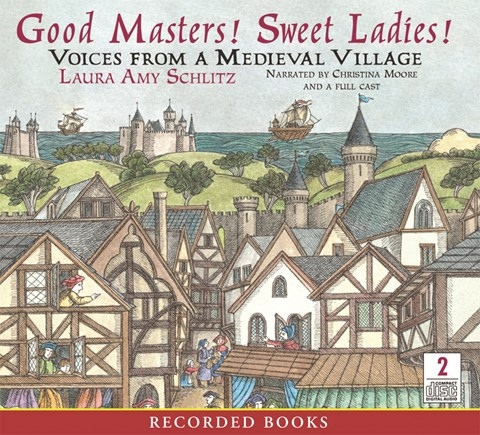 Life in a medieval village comes alive in Schlitz’s monologues and dialogues. They were originally written for students at her school, who were studying England of 1255 and who all wanted to have parts in a school production about the period. Listeners will hear about hunting wild boar, blowing glass, suffering the ignominy of plain looks, crop and field rotation, the trickery of the jester, and the despised miller. Christina Moore sets the stage, and the full cast brings individuality to each personage. Attention to feelings and mood is evident. These medieval young people are genuine in their excitement and their concerns. Through characterization, gentle British accents, and accompanying period music, the listener is treated to theater of the mind with this 2008 Newbery Medal winner. A.R. Winner of AudioFile Earphones Award © AudioFile 2008, Portland, Maine [Published: JULY 2008]