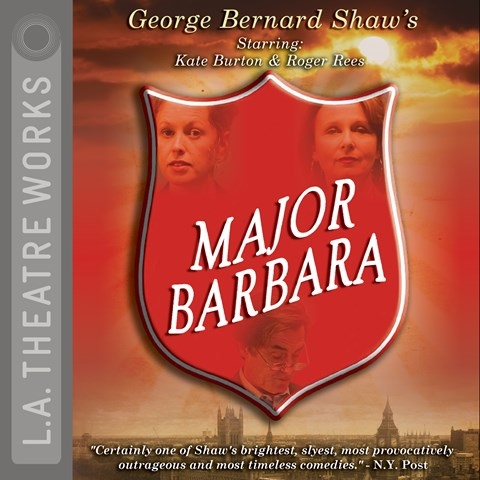 Dakin Matthews has directed a production that has subtlety and energy. He finds thoughtful laughter in both the sharp epigrams ("The more destructive war becomes, the more fascinating we find it") and the personalities of Shaw's 1905 comedy of ideas. Again and again, a careful pause and a stressed phrase elicit an appreciative response from the live audience and make this challenging play accessible and enjoyable. Roger Rees stresses the intelligence and audacity of Andrew Undershaft, the munitions tycoon. Kirsten Potter depicts the strength and vulnerability of the title character, a saver of souls in the Salvation Army, whose view of life clashes with that of Undershaft, who is her father. An exceptional job—as good as any recording of any Shaw play. G.H. Winner of AudioFile Earphones Award © AudioFile 2008, Portland, Maine [Published: NOVEMBER 2008]