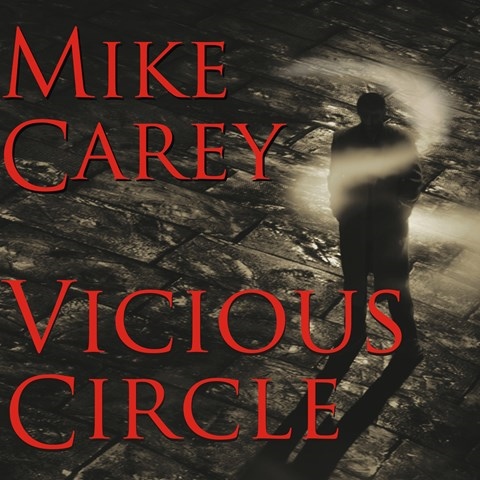 Writer Mike Carey, known to comic fans for his work on HELLBLAZER, brings the same kind of chilling writing to his novels. VICIOUS CIRCLE follows the career of freelance exorcist Felix Castor in a scary world in which the barrier between the living and the dead has thinned so much that the government is considering a dead person's "Bill of Rights." Narrator Michael Kramer, who established himself as the very British voice of Castor in THE DEVIL YOU KNOW, once again proves adept at translating the dangers and quandaries facing an exorcist who is wondering if he has the right to banish spirits to oblivion. Kramer meets the challenge of giving voice to the deadly erotic demon Juliet, a creature of irresistible sexual allure, by making her sound a bit like Faye Dunaway. It works. M.S. © AudioFile 2009, Portland, Maine [Published: FEBRUARY 2009]