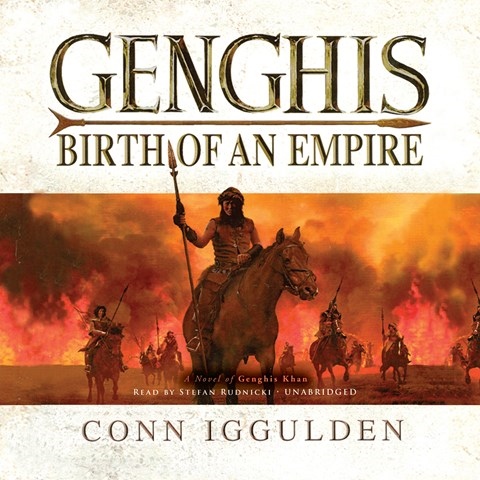 GENGHIS Birth of an Empire

GENGHIS: BIRTH OF AN EMPIRE is 15 hours long, and listeners will wish it were longer. Conn Iggulden's novel looks at the life of a barbarian boy named Temujin, who eventually unifies the tribes of Asia more than 800 years ago. There’s no better narrator to bring this work to audio than Stefan Rudnicki. He speaks with a confidence and urgency rarely found. When he describes the rage Temujin feels at meeting a former friend who abandoned him and his family, Rudnicki’s anger is palpable. Listeners are never allowed to forget that these men lived in a very different—and unforgiving—time. Staying true to historical records, as he did in his Emperor novels, Iggulden has created a masterpiece, and Rudnicki more than does it justice. M.S. Winner of AudioFile Earphones Award © AudioFile 2008, Portland, Maine [Published: NOVEMBER 2008]