Home»Reviews»CHARLIE BONE AND THE SHADOW 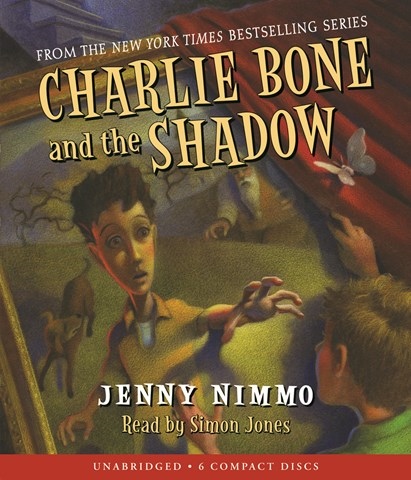 CHARLIE BONE AND THE SHADOW Children of the Red King, Book 7

In this seventh installment of the Children of the Red King series, Charlie Bone, who has the ability to travel within photographs and paintings, finds himself heading back in time to stand among giants, who just happen to be his ancestors. Audie winner Simon Jones delivers every line of Jenny Nimmo's descriptive prose with a storyteller's warmth, wit, and assured intensity. Charlie enlists the help of his Uncle Paton and his friends from Bloor's Academy to battle the evil Baron Harken, to reunite Otis Yewbeam with the lovely Amoret, and to rescue Billy's dog, Runner Beam. Billy himself is left trapped back in shadowy Badlock, a situation that suggests the likelihood of another compelling story to come. B.P. © AudioFile 2009, Portland, Maine [Published: MARCH 2009]