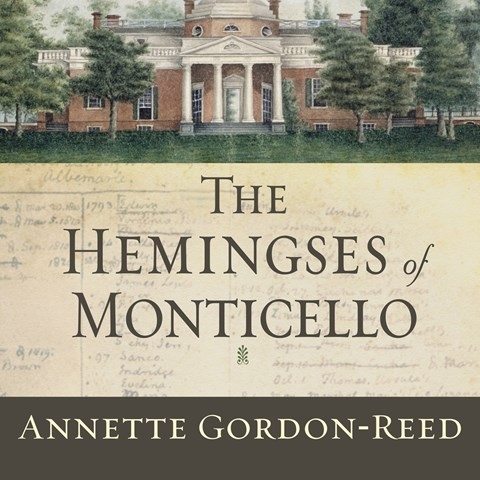 THE HEMINGSES OF MONTICELLO An American Family

Karen White’s strong reading of the 2008 winner of the National Book Award for Nonfiction takes the listener back to the world in which African-American slave (and half sister of Jefferson’s wife) Sally Hemings had a 38-year relationship with Thomas Jefferson. Remarkable detail paints a vivid scenario of a time in which such affairs were common—but never publicly acknowledged. White’s thoughtful narration takes the listener through the beginning of the Hemings family to an understanding of American and world politics and moral standards of the day as they impacted the lives and choices of the black and white members of the clan. The story is told with virtually no dialogue; White uses an accent only with sporadic French phrases. Surprising and thought provoking, this extensive history is instructive for all Americans. J.J.B. 2009 Audies Finalist © AudioFile 2008, Portland, Maine [Published: DECEMBER 2008]