It’s 1941, and Maddie Beck and her mother live on Long Island while her father, a Navy fighter pilot, is stationed in the Pacific. After Japan bombs Pearl Harbor, Maddie's journal entries reveal her emotional growth. She organizes a club to support the war, and her male best friend slowly, gently turns into a boyfriend. Claire Slemmer has a childlike voice that perfectly suits Maddie. Sounding hopeful and passionate as she utters exclamations like "Jeepers!"—she fully embodies a 13-year-old of the 1940s. The epilogue is read by Barbara Rosenblat, and her more mature tones are just right for these contextual notes. The story is engaging and emotional, with a happy ending that doesn't feel forced. Listeners will get a history lesson without even noticing. G.A.D. © AudioFile 2009, Portland, Maine [Published: MARCH 2009] 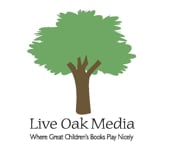