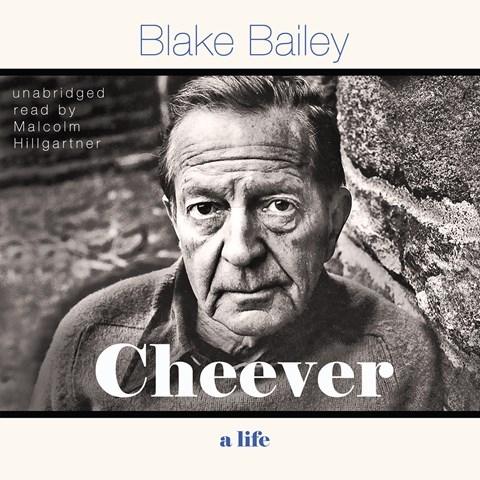 Though he was scarcely 5’5”, it’s hard to imagine another human vessel containing more contradictions than John Cheever, one of the most important American postwar writers. Those conflicts would ultimately render this impish wizard a profoundly unhappy man—and an altogether fascinating biographical subject. And his story here is told by a narrator of unusually subtle gifts. Bailey’s book is as lively (and squalid) as his subject but quite dense, an attribute Malcolm Hillgartner overcomes with wondrous pacing and inflection. So in command is he that with the merest pause, he clearly indicates the beginning and ending of quotations or a shift in perspective. And his unfaltering impression of Cheever’s Brahmin accent—wholly invented by the writer—rings with acerbity, humor, or pathos. Cheever is very much alive in this reading. M.O. Winner of AudioFile Earphones Award © AudioFile 2009, Portland, Maine [Published: MAY 2009]