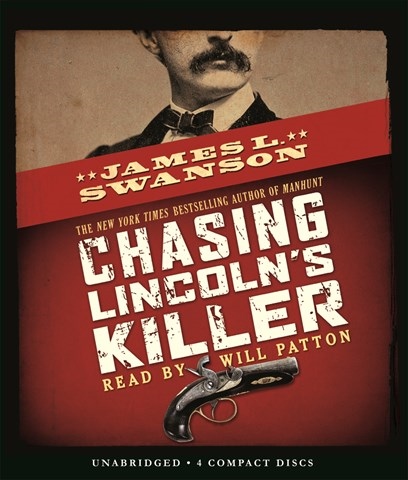 by James L. Swanson | Read by Will Patton

Will Patton commands the text with a hint of immediacy tempered by the somberness of the moment. In this retelling of the assassination of Lincoln and the pursuit of John Wilkes Booth, this balance is essential as the narrative swings back and forth from depictions of a nation in mourning to the almost-wild-eyed machinations of the theatrical Booth. Patton is consistent with his delivery, though with much-appreciated intensity as the hunt closes in on Booth. Patton’s character voices are distinctive. While he injects characters with a good amount of personality to engage younger listeners, he does not overinflate them in such a way as to alienate more mature listeners. L.E. © AudioFile 2009, Portland, Maine [Published: APRIL 2009]