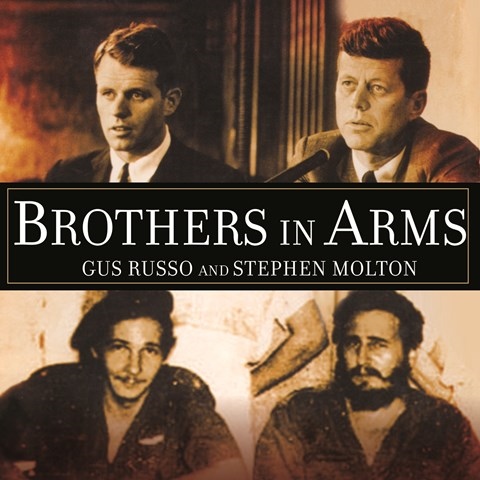 BROTHERS IN ARMS The Kennedys, the Castros, and the Politics of Murder

This well-written investigative discourse promises the final answers to the controversy of the 1963 assassination of President John F. Kennedy. The biographical format jumps among three parties—the Kennedys, the Castros, and Lee Harvey Oswald—all alleged by the authors to be connected to the murder plot. Weaving such a Cold War web of intrigue amid so many cultures poses a supreme challenge for narrator Paul Boehmer. Without effort or error, he slips through Russian, German, and the Boston accent of John Kennedy himself. However, Boehmer’s Spanish sometimes has weaknesses, and he never attempts the English of a Spanish speaker. Boehmer’s soft voice, impeccable diction, and easy pace allow him to slip into the background, letting the strength of the prose and the complexity of the relationships described be the focus for listeners. J.A.H. © AudioFile 2009, Portland, Maine [Published: APRIL 2009]