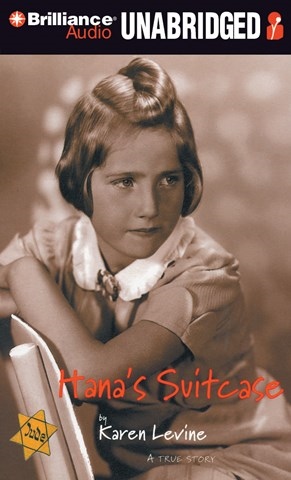 Fumiko Ishioka, director of the Tokyo Holocaust Center, wants Japanese children to understand the horrific effects of the Holocaust on ordinary children, children not unlike themselves. Ishioka came across a battered suitcase with the inscription "Hana Brady, May 16, 1931. WAISENKIND," the German word for orphan. Narrator Stephanie Wolfe relates two stories—Ishioka's dedicated pursuit of more information about Hana and Hana's story itself, culled from the details Ishioka gathered. Alternating between present and past, Wolfe offers credible accents and emotions, never slipping into sentimentality. Wolfe's understated performance makes Hana's story all the more poignant. As a bonus, the CBC radio documentary on which the audiobook is based is included, featuring the voices of Ishioka and Hana's brother, George. Young listeners will find this compelling. S.J.H. © AudioFile 2009, Portland, Maine [Published: MAY 2009]