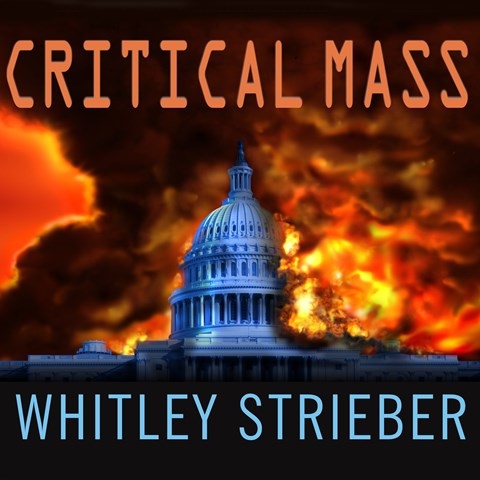 After turning Ann Coulter into a brain-munching alien (2012: THE WAR FOR SOULS), Whitley Strieber delivers a more serious political thriller. CRITICAL MASS starts out slow, then picks up with a terrorist nuclear attack on Las Vegas and a spy-versus-spy marathon. Strieber refuses to play the genre straight, so listeners also hear lectures on the science of radioactivity and the dangers of die-hard loyalty to a single party. Paul Boehmer narrates without much expression. All the dialogue sounds similar, with a slightly higher pitch, inconsistent accents, and long pauses between sentences. Boehmer's delivery of the narrative is clear but perhaps too steady, a style that makes it easy to lose track of the story thread. A novel like this should be read with frenzied energy, not the sound of a weather report. A.Z.W. © AudioFile 2010, Portland, Maine [Published: NOVEMBER 2010]