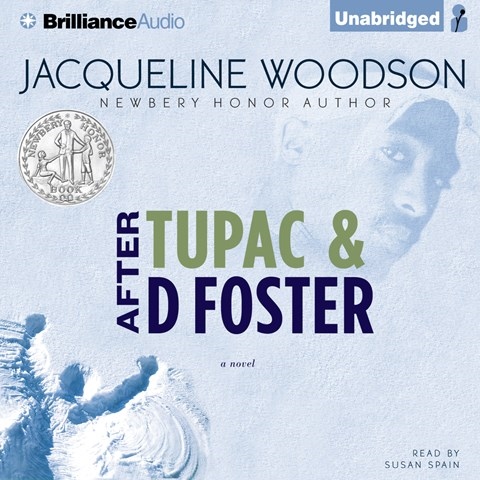 Voice actor Susan Spain eloquently captures the story's unnamed narrator, a middle school girl whose life changes when D Foster walks onto her block in Queens, New York. Although our protagonist and her best friend, Neeka, must confine themselves to their neighborhood, to their surprise and envy, D has the freedom to roam the city. Complex relationships, growing independence, a love for Tupac Shakur, and mothers, whether present or absent, are prominently featured in this story. With meticulous timing and culturally perceptive attention to the rich dialogue, Spain draws out these stories of girls on the edge of adolescence. Woodson doesn't shy away from difficult subjects. Violence, racism, homophobia, incarceration, death, and abandonment are all dealt with sensitively and compassionately in this 2009 Newbery Honor title. S.G. Winner of AudioFile Earphones Award © AudioFile 2017, Portland, Maine [Published: FEBRUARY 2017]