Home»Reviews»THE GIRL WHO PLAYED WITH FIRE 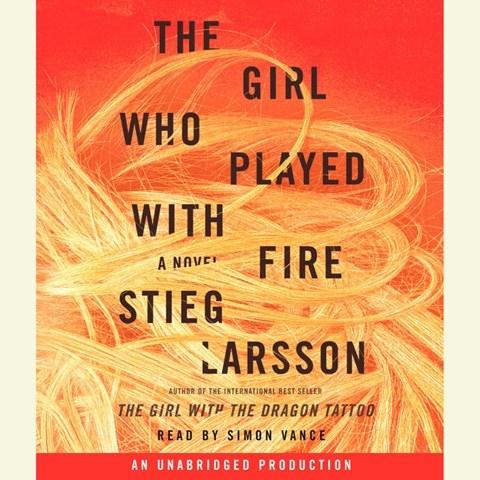 THE GIRL WHO PLAYED WITH FIRE

Fair warning: Once begun, you will not be able to stop listening to this audiobook. So prepare to spend a lot of sleepless time with fabulous narrator Simon Vance and amazing Swedish writer Stieg Larsson. This sequel to Larsson's critically acclaimed bestseller, THE GIRL WITH THE DRAGON TATTOO, which Vance also narrated, reunites us with Lisbeth Salander—asocial genius and hacker—and Mikael Blomkvist—publisher of a national newsmagazine. Just as the magazine is about to publish a name-dropping exposé on sex trafficking, its authors are murdered. Lisbeth's fingerprints are on the murder weapon. Vance's reading of the breathless plot is faultless. The narrative is warm and enticing; the violence quick and crisp; the characters informatively voiced and unmistakable. Go ahead: listen. Who needs sleep? A.C.S. Winner of AudioFile Earphones Award © AudioFile 2009, Portland, Maine [Published: SEPTEMBER 2009]