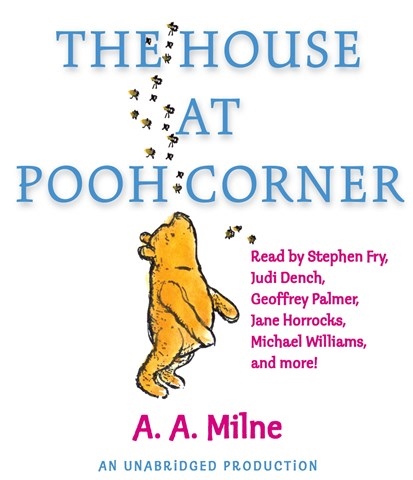 THE HOUSE AT POOH CORNER

What a treat to have the characters of the Hundred Acre Wood brought to life by such a talented cast! All the readers capture the unique personalities of these much-loved friends in five classic Pooh tales. Of special note, Stephen Fry brings Pooh to life, creating a lovable, if befuddled, character who is a friend to all. Dame Judi Dench, as Kanga and narrator, has the patient, loving tone of one who is ready to mother all. The erudition of Owl is captured by Michael Williams, who also serves as narrator. Robert Daws's Rabbit has all the assurance of an overly confident plotter and schemer. The only weakness is musical accompaniment that doesn't match Pooh's rhythm and sometimes overwhelms the narration. N.E.M. © AudioFile 2010, Portland, Maine [Published: JANUARY 2010]