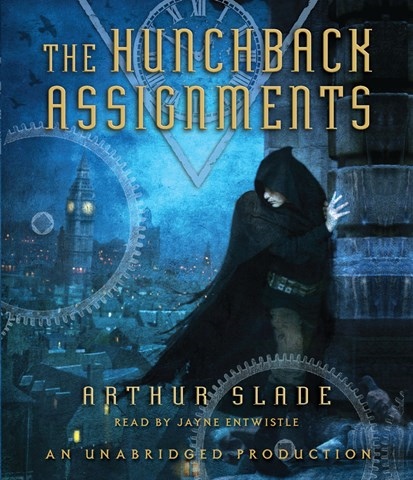 Rescued as an infant from a freak show, Modo, a facially disfigured hunchback who can transform his appearance, is isolated throughout childhood and trained by Mr. Socrates to be an agent of a secret society. Jayne Entwistle gives Modo a distinct and unusual voice that superbly conveys the complexity of his character. She uses subtle variations in accents for the numerous other characters, including a host of villains and orphaned children who are being transformed into automatons by a mad scientist. Entwistle is equally adept at immersing listeners in Slade's Victorian England setting as an assignment to uncover the dastardly plans of the Clockwork Guild takes Modo and another teen agent into the sewers and underground tunnels of London. C.R.A. © AudioFile 2010, Portland, Maine [Published: APRIL 2010]