Home»Reviews»ODD AND THE FROST GIANTS 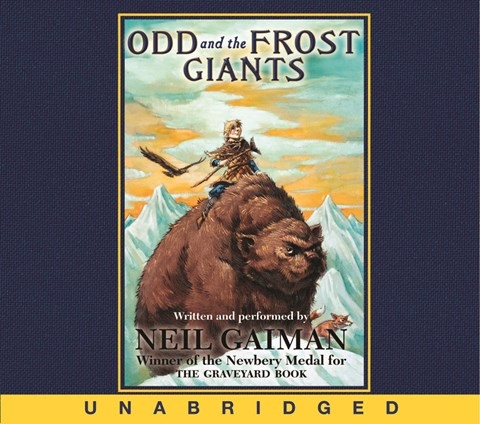 ODD AND THE FROST GIANTS

Neil Gaiman does a good bear voice. This is important in an audiobook populated with a talking bear, a talking fox, a talking eagle, a Frost Giant, Norse gods, and a Viking boy named Odd. In Gaiman's voice, the bear grumbles, the fox wheedles, the eagle screeches, and the giant booms—and occasionally reverberates. Odd mostly just takes things as they come, journeying between his world and Asgard, helping the gods, and growing up along the way. Gaiman's nods to other stories in traditional Norse mythology will appeal to young listeners who are familiar with it and intrigue those who aren't. Either way, they'll be drawn into this fun, fast-moving adventure. J.M.D. 2010 Audies Finalist © AudioFile 2009, Portland, Maine [Published: OCTOBER 2009]