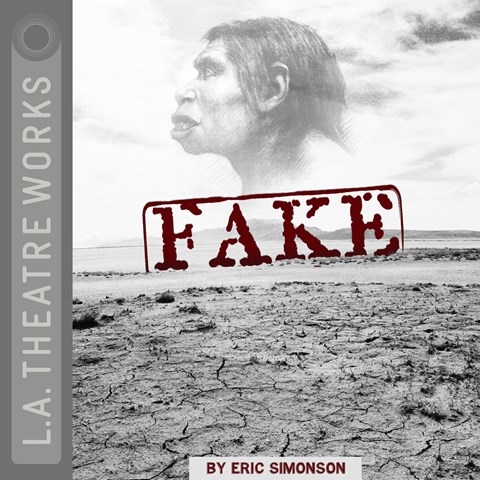 A slender but entertaining play fictionalizes the Piltdown Man hoax, the supposed “missing link” of human evolution that, 40 years after its discovery, was revealed to be a fake. Scenes from 1914, the year of the discovery, alternate with scenes of 1953, the year of the debunking. The cast and direction are superb, ably concentrating on character and human conflicts rather than science. Francis Guinan of Chicago’s amazing Steppenwolfe Theatre Company is a standout as Sir Arthur Conan Doyle, who may or may not have perpetrated the prank. More interesting than the play itself is a postlude discussion of the incident between producing director Susan Lowenberg and Russell H. Tuttle, professor of anthropology, University of Chicago, whose charm, articulateness, and humor animate the discussion. Y.R. Winner of AudioFile Earphones Award © AudioFile 2011, Portland, Maine [Published: MARCH 2011]