Home»Reviews»EVERYTHING THAT RISES MUST CONVERGE 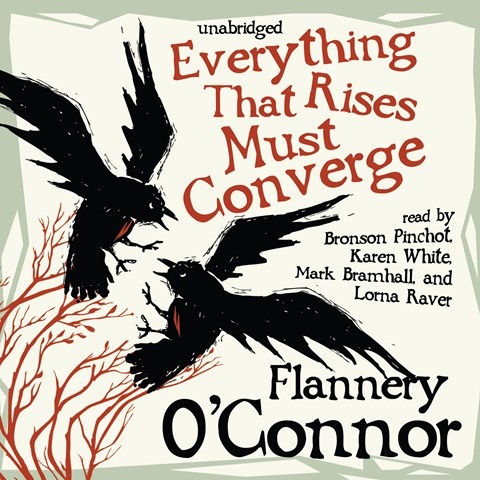 EVERYTHING THAT RISES MUST CONVERGE

The characters who inhabit O’Connor’s short stories live in severely circumscribed worlds. Narrow-minded and ignorant, they are ultimately revealed as victims of social forces beyond their control as well as their own painfully limited knowledge of themselves. Bronson Pinchot, Karen White, Mark Bramhall, and Lorna Raver flawlessly convey the characters’ ignorance as well as their gut-wrenching epiphanies. The choice of narrator for each story appears to be based on its central consciousness: a grandfather sadly misreading his little granddaughter, a grown son tragically misjudging his mother, a middle-aged woman unable to comprehend the social changes that have erased the world she once knew, among others. This production expertly communicates O’Connor’s literary complexity. L.X.B. Winner of AudioFile Earphones Award © AudioFile 2011, Portland, Maine [Published: JULY 2011]