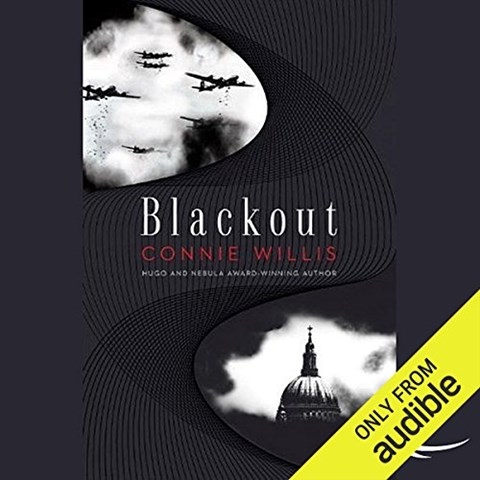 In the near future, time travel is a tool used by Oxford historians. During one particularly busy semester, three graduate students all end up within miles, and months, of each other, in WWII England when something goes wrong with the time-travel technology. The students find themselves in London during the Blitz with no way to get back home to the twenty-first century. Willis’s writing is wonderfully detailed, and Katherine Kellgren’s narration is splendid in all ways. She expresses the comedy of manners that is Willis’s Oxford, the daily grind of maids and other workers in 1940s England, and the breathtaking action of war, all with equal aplomb. The cliffhanger ending will leave listeners breathless. G.D. © AudioFile 2010, Portland, Maine [Published: DECEMBER 2010]