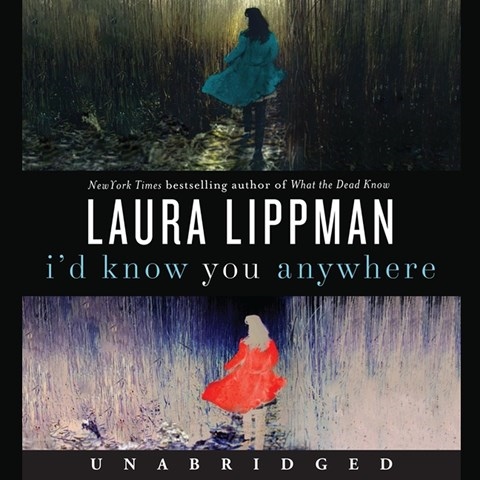 I'D KNOW YOU ANYWHERE

When she was 15 years old, Eliza Benedict was kidnapped by Walter for 39 days, something she has spent the rest of her life wondering about. As the story alternates between the past and present, narrator Linda Emond differentiates between the 15-year-old Eliza, unsure and hesitant in her speech, and the grown-up Eliza, who sounds more mature and determined. Throughout both phases of Eliza’s life, Emond maintains a consistent tone and cadence. The only exception is the character of Walter, whose slower speech and light Southern drawl set him apart. The suspense of Eliza and Walter’s reunion is balanced by the everyday interactions Eliza has with her family, especially her teenage daughter, for whom Emond has perfected her voicing of the petulant teen testing her boundaries. E.N. Winner of AudioFile Earphones Award © AudioFile 2010, Portland, Maine [Published: OCTOBER 2010]