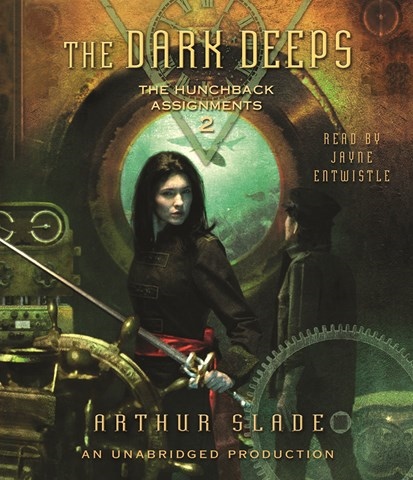 Hunchbacked, shape-shifting Modo reunites with fellow spy Octavia in this second steampunk adventure in Slade’s series. As they seek to uncover the secret behind a monster that is wrecking ships at sea, their own ship is attacked, and Modo is thrown overboard. He then finds himself on a mysterious submarine and becomes embroiled in the lives of the underwater-dwelling Icarians. Narrator Jayne Entwistle superbly paces this intricate, atmospheric story and with subtle voicing distinguishes among the many characters. For fans, Modo and Octavia are easily recognizable from the first book, and for new listeners, the backstory is made clear. As the adventures of Modo continue, Entwistle provides a fluid narration and a flawless interpretation of this Victorian world. S.G. © AudioFile 2013, Portland, Maine [Published: FEBRUARY 2013]