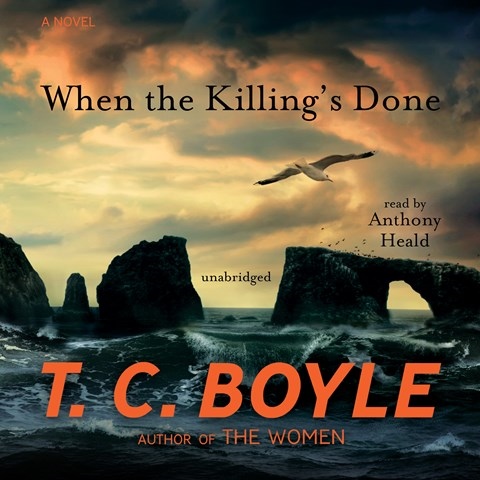 WHEN THE KILLING'S DONE

T.C. Boyle excels at rollicking black humor, and humanity’s attempt to control the environment provides him with ample fodder. Alma Boyd Takasue is a National Park Service biologist who is bent on ridding the islands off the coast of Santa Barbara of vermin to return it to a natural environment for the native birds and foxes. (Such hubris!) Opposed is the equally zealous but more unpleasant David LaJoy, who believes that killing any animal is wrong. Narrator Anthony Heald dials up the irony an extra notch. He employs a strident tone to capture LaJoy’s volatility and slightly increases his pace for LaJoy’s inner dialogue, through which the biologist expresses constant irritation with life’s inconveniences. Heald’s hippy-dippy voice for LaJoy’s friend, Wilson, is marvelous fun, although Takasue’s New Zealand feral pig-hunting ally is less successful. A.B. © AudioFile 2011, Portland, Maine [Published: MARCH 2011]