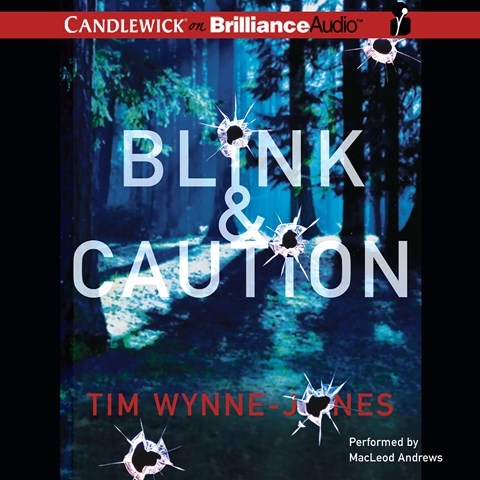 Blink and Caution, both separately on the run, get caught up in a kidnapping by dint of being in the wrong place at the wrong time. This gripping crime story is told in alternating points of view—second person for Blink and third person for Caution—a technique that is especially effective in the audio format. Running through Blink's mind is the abusive voice of his stepdaddy, telling him "how it's going to be." MacLeod Andrews shifts tone only slightly from sneering to serious to relate Caution's side of the scheme. Two voices, both narrated by Andrews, create a story so fraught with woe, guilt, terror, and tension that the listener can't help rooting for the teens to escape the situation they're in. M.M.O. © AudioFile 2011, Portland, Maine [Published: JUNE 2011]