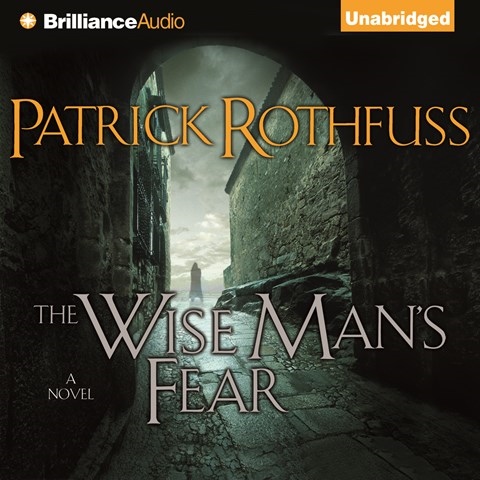 Narrator Nick Podehl arrives at the end of this long audiobook, the second in the Kingkiller series, as engaged and fresh as he was at the start. The story of Kvothe continues as he begins another year at university, where he struggles to pay tuition and literally sings for his supper. Podehl adeptly presents the broad cast of characters--from moneylenders and courtesans to kings. One of the most fascinating portrayals by Podehl begins with a young mercenary from the Adem who says little. And when he does speak, he has a flat voice, mostly devoid of expression. Podehl builds on this when Kvothe returns with him to study among the Adem, where the mercenary develops a recognizable pattern of speech reflecting many of the culture's characteristics. J.E.M. Winner of AudioFile Earphones Award © AudioFile 2017, Portland, Maine [Published: APRIL 2017]