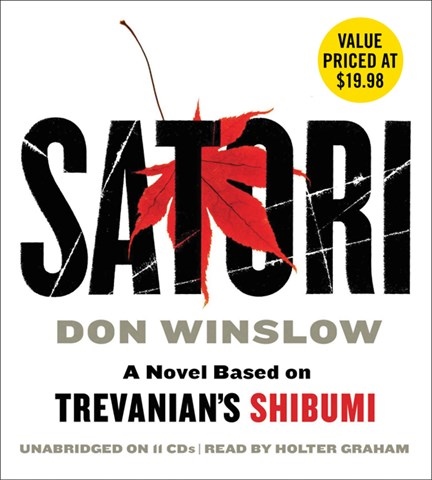 SATORI A Novel Based on Trevanian's Shibumi

The late Trevanian's 1979 thriller, SHIBUMI, was a one-of-a-kind masterpiece. Now comes Don Winslow, with a prequel, featuring SHIBUMI’s main character, Nicholia Hell. SATORI takes place in 1951, when Hell is released from prison in Japan. He had been jailed for killing his mentor, a Japanese war criminal, in an act of mercy. Hell is recruited to pose as a Frenchman to assassinate an Asian enemy of the free world. Hell is a master of the game Go and has unparalleled skill in the Japanese metaphysical martial arts. Narrator Holter Graham gives all the characters in this prequel special treatment. He emphasizes the mysticism in Winslow's work and brings listeners into the unfamiliar world of discipline and terror without missing a beat. A.L.H. © AudioFile 2011, Portland, Maine [Published: JUNE 2011]