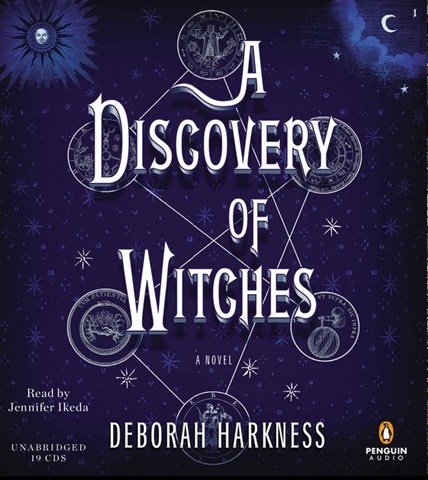 A DISCOVERY OF WITCHES

Scholar Diana Bishop fiercely denies her witching powers until vampire scientist Matthew Clairmont seeks her help with an enchanted manuscript. From the stillness of Oxford’s Bodleian Library to a turreted French castle, narrator Jennifer Ikeda embarks on a magical journey. Her narration is quietly charming. Often her voice holds a hushed rapture that reflects the magical world uncovered by Diana and Matthew. Medieval Occitan French and other accents make for a memorable listening experience. Ikeda conveys Diana’s panic at her emerging powers and her forbidden love for Matthew. Through the narration, Matthew’s polished façade transforms to reveal a fierce knight determined to defend his mate. This epic tale of the origins of magic will make listeners wish they could conjure the sequel. C.A. Winner of AudioFile Earphones Award © AudioFile 2011, Portland, Maine [Published: MARCH 2011]