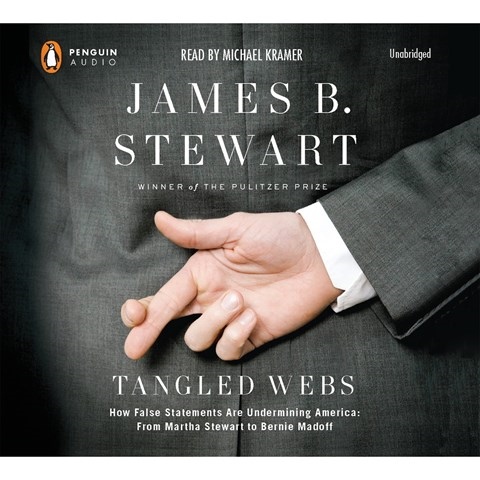 Is lying becoming an epidemic in America? In what ways are Martha Stewart, Bill Clinton, Barry Bonds, and Bernie Madoff examples of a larger trend of people in high places trying to get away with their actions by deception and perjury? These are the questions behind this book, an in-depth study of how mendacity is affecting our culture. Narrator Michael Kramer has a smooth baritone that is impressive for its tone and subtle emotional power. He also adds some urgency to his reading, as if he believes that the book is important and that we should pay particular attention to its lessons. Kramer’s voice is low, but it’s also clean, and he varies his pitch to emphasize key points. R.I.G. © AudioFile 2011, Portland, Maine [Published: AUGUST 2011]