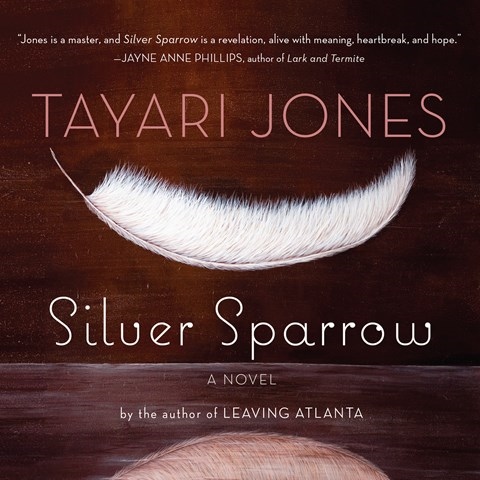 Rosalyn Williams and Heather Simms portray two lives that converge in a middle-class Atlanta neighborhood in the 1980s. Each narrator portrays both of Jones's compelling lead characters—two half-sisters, only one of whom is aware of the other’s existence. As Dana and Chaurisse’s lead their separate lives, the destructiveness of strongly guarded secrets becomes palpable in their hurt and strident voices. Both narrators also deftly perform the difficult task of speaking with a stutter while portraying the girls' father, James, a secret bigamist. Eventually, the half-sisters individually set out on a ruinous trajectory to find the love they believe they lack in their broken families. As they come together, their paths lead to shattering revelations—and to a predictable but moving conclusion. A.W. © AudioFile 2011, Portland, Maine [Published: JULY 2011]