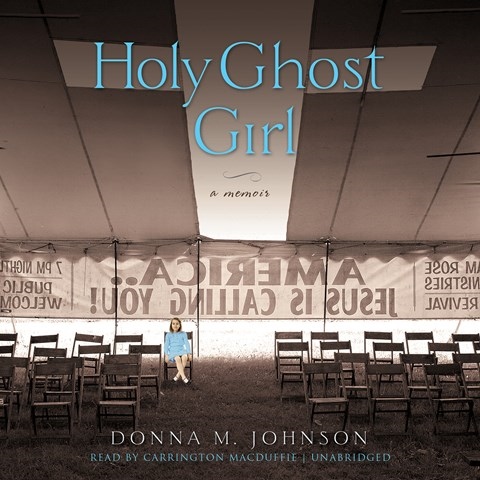 Donna Johnson grew up in the 1960s as part of a traveling Pentecostal revival group led by Brother David Terrell, a young, zealous preacher who was married with a daughter but involved in a long (and surely sinful) affair with Johnson’s mother. Carrington MacDuffie is at her finest in Holy Roller preacher mode, praying, shouting, casting out demons, speaking in tongues, and healing the sick in a deep and vibrant voice. For months at a time, Johnson and her brother experienced one hell after another as they were left with strangers while her mother and Terrell were away on missions. MacDuffie perfectly expresses Johnson’s balanced tone of wonder at her unusual upbringing. A.B. © AudioFile 2012, Portland, Maine [Published: JUNE 2012]