Home»Reviews»HOW TO KNIT A LOVE SONG 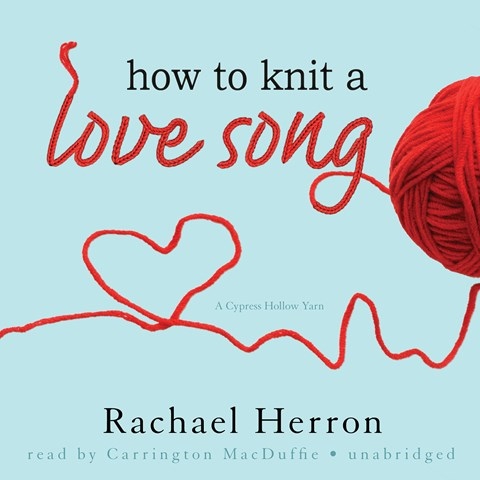 HOW TO KNIT A LOVE SONG A Cypress Hollow Yarn

Narrator Carrington MacDuffie captures the escalating tension between Abigail and Cade, who are thrown together in a California beach town after the death of Eliza Carpenter, who was Abigail’s mentor and Cade’s aunt. MacDuffie’s accent and range of inflections successfully evoke Abigail, a former city dweller, as well as many of the town’s residents. However, in the portrayal of Cade—who plays the cowboy to Abigail’s city slicker persona—MacDuffie’s Western accent sometimes sounds overdone. As hints of Abigail’s past reveal themselves, MacDuffie’s deft timing keeps the listener in suspense and the pace of the story moving quickly. M.F. © AudioFile 2012, Portland, Maine [Published: JUNE 2012]