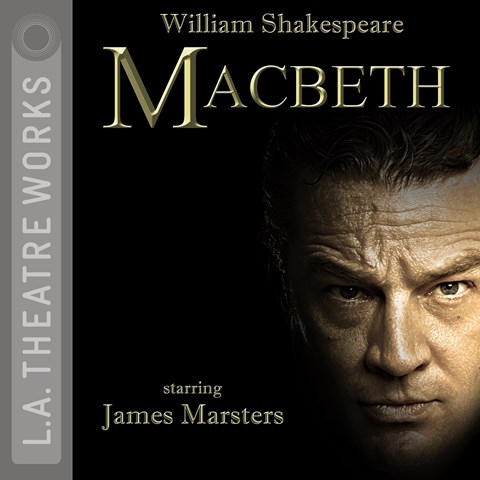 In one of Shakespeare’s shortest plays, a Scots noble, inspired by witches, murders to become king and then loses himself in brutality. James Marsters and Joanne Whalley, as Macbeth and his Lady, are both quite good, if rarely exciting or remarkable. Whalley hits that mark more often. There are, by turns, some flatness and overacting in the lesser roles. There’s too much forced laughter among the supernumeraries and too much grunting during fights we cannot see. Still, the overall production is effective. Without standout performances, the play takes the lead. The music and sound effects, though occasionally overdone, help build a sense of dread and things gone very wrong. Text, performances, and sound combine to deliver an affecting tale of tragic horror. W.M. © AudioFile 2011, Portland, Maine [Published: DECEMBER 2011]