Home»Reviews»20,000 LEAGUES UNDER THE SEA 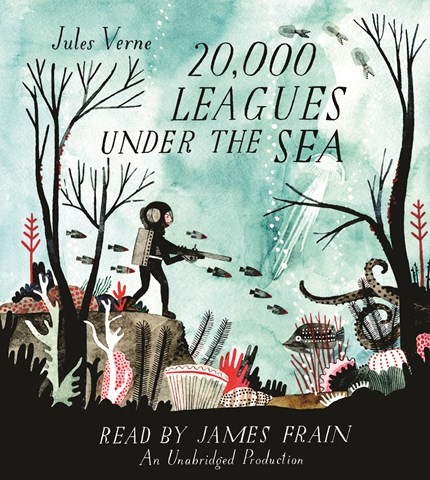 Teen listeners may be happy to skip Ray Bradbury's literary introduction, titled "The Ardent Blasphemers"—which makes comparisons between Herman Melville and Jules Verne—and get right to the granddaddy of steampunk novels. This seminal science fiction work recounts the story of three survivors of an American frigate, sunk while searching for the sea monster that has been attacking vessels along international shipping lanes. The "monster" turns out to be the fantastic submarine NAUTILUS, led by one of the most notorious villains in literature, Captain Nemo. James Frain's sturdy pacing, clipped British accent, and mellifluous baritone guide listeners through the dense, dramatic text. S.G. © AudioFile 2013, Portland, Maine [Published: FEBRUARY 2013]