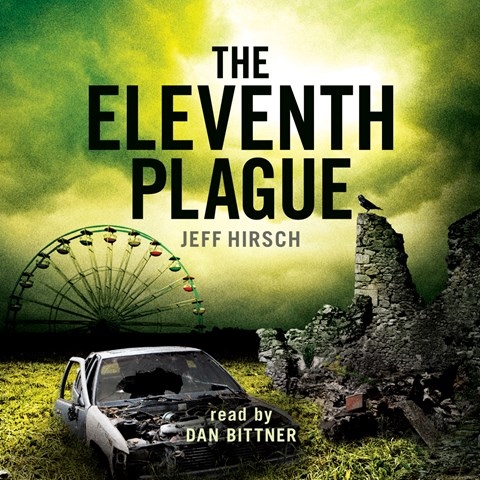 Ten years after the U.S. has been devastated by biological warfare wrought by China, Stephen and his family survive by scavenging the American landscape. Dan Bittner skillfully embodies the teen as tragedy strikes and Stephen must suddenly fend for himself. Ending up in a real town for the first time ever, Stephen experiences conflict between his distrust of strangers and his longing for the idyllic existence he glimpses. Each outburst, each emotional shutdown, each request for help is perfectly believable when presented in Bittner’s even but emotionally layered delivery. When Stephen befriends Jenny, a girl ostracized because of her Chinese heritage, a prank incites war in the town. Bittner’s well-tempered narration suits both the action scenes and the moral conundrums that follow. J.M. © AudioFile 2011, Portland, Maine [Published: AUGUST 2011]