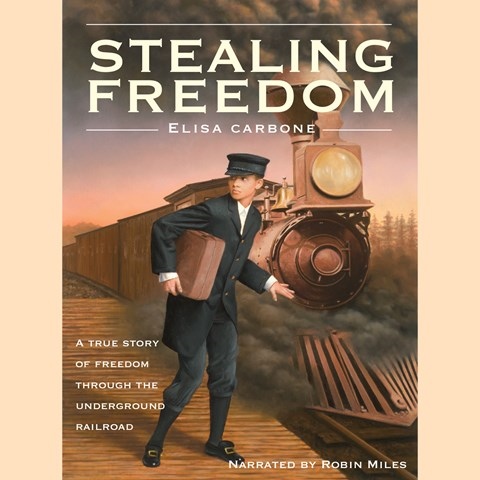 In this story of a young girl’s escape from slavery via the Underground Railroad—based on the true story of Ann Maria Weems—Robin Miles brings the struggles and triumphs of one slave family to life with her expressive voice and emotional reading. Miles captures the vocal cadences of these Maryland slaves, and her deep tones, even and tempered but never meek, transport the listener into their lives. The stilted Irish brogue of the Prices, the family that owns Ann and her family, is a counterpoint to the voices of the close-knit Weems family. As Ann, assisted by abolitionists, makes her escape to Canada, she encounters many who help her—from the lawyer Mr. Bigelow, who is portrayed in a straightforward, relaxed voice, to the minister who accompanies Ann on the train across the border, whose voice is alternately weary and full of excitement at his part in securing her freedom. E.N. Winner of AudioFile Earphones Award © AudioFile 2012, Portland, Maine [Published: APRIL 2012]