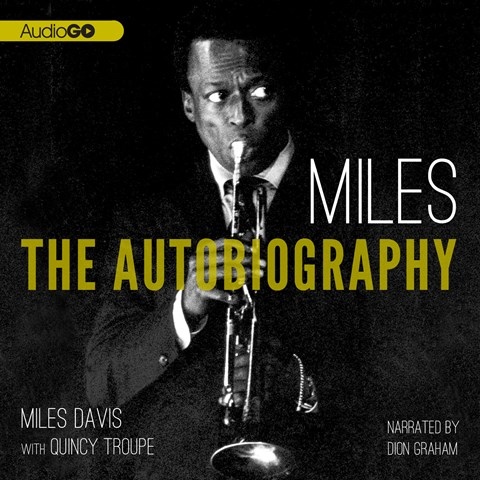 Narrator Dion Graham mimics the raspy, gravelly voice of jazz great Miles Davis to perfection. Covering every aspect of Davis’s tumultuous life, Graham, at times, adds a light chuckle or a low growl to the story—especially as he leads the way through the murky and painful episodes. Most fascinating are the connections between Davis’s relationships and the development of his musical styles over the years. Listeners may find some of the incidents shocking and profane, but this epic story of one of the world's greatest musicians intrigues and engrosses from first page to last, greatly aided by the sure talents of Graham. R.O. Winner of AudioFile Earphones Award © AudioFile 2012, Portland, Maine [Published: JANUARY 2012]