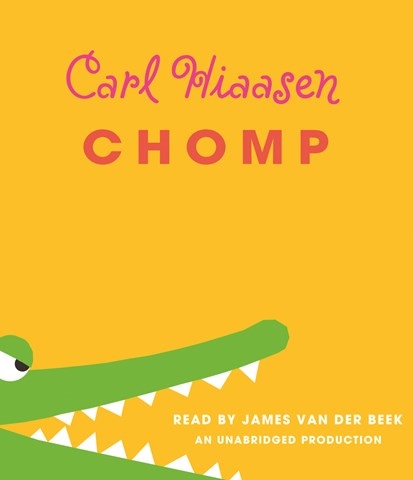 ”Chomp” is what happens when an animal takes a hunk out of its "owner." Wahoo and his dad, Mickey, have had many such chomps because they’re animal wranglers—guys who loan their menagerie to TV and movie producers. Narrator James Van Der Beek delightfully captures the unique Cray family; Derek Badger, star of “Expedition Survivor”; and the people involved in so-called reality television. This behind-the-scenes look at reality TV includes the terrific Hiaasen trademarks: humor and ecological education, including attempts to preserve Florida for future generations. Along the way, listeners are treated meet an array of Florida denizens, Hollywood types, and the Aussie pretender Badger—who’s anything but a nature lover. Adults will also enjoy and learn from one of Hiaasen's best novels yet. S.G.B. © AudioFile 2012, Portland, Maine [Published: APRIL 2012]