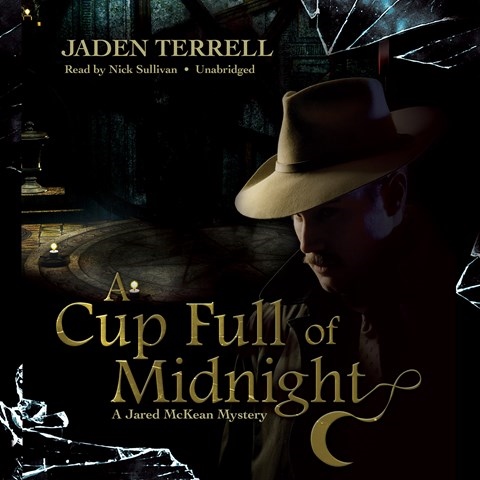 A CUP FULL OF MIDNIGHT A Jared McKean Mystery, Book 2

Nick Sullivan’s whispery voice lends a dark ambiance to Jaden Terrell’s sequel to RACING THE DEVIL, which introduced audiences to P.I. Jared McKean. After a sexual predator and self-styled “vampire” is ritually murdered, McKean’s nephew, once a victim of the dead man, becomes the prime suspect. McKean takes the case and finds himself engaged in a life-and-death struggle with a diabolical killer. Sullivan handles the teenage “vampire” cult with understated credibility. His McKean is controlled as he deals with his dismissal from the Nashville Murder Squad, his close relationship with a gay friend who is dying of AIDS, and his continuing love for his estranged wife. Sullivan is masterful as he uncovers the emotional and psychological aspects of the novel’s many well-drawn characters and subplots. S.J.H. © AudioFile 2012, Portland, Maine [Published: NOVEMBER 2012]