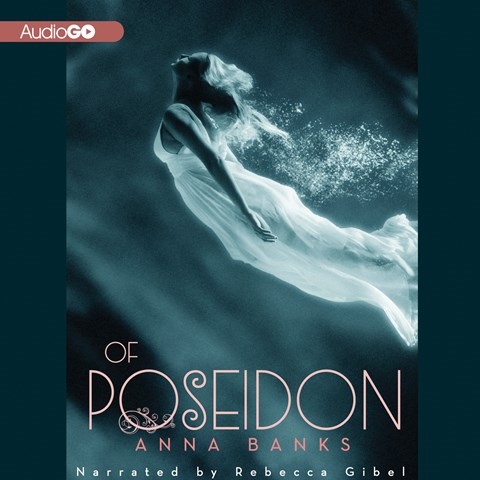 Eighteen-year-old Emma meets Galen Forza on a Florida beach and considers his handsome perfection out of her league. Their meeting is no coincidence. Prince Galen believes Emma is not a human but a Syrena (mer-person) like him. Fighting a forbidden attraction to Emma, Galen puzzles out her human origins while dealing with underwater politics that might pair Emma with his brother, King Grom. Rebecca Gibel creates sympathetic personalities for Emma and Galen while developing an intriguing cast of supporting characters. She conveys Emma’s embarrassment over her crush on Galen as well as her stubborn resistance to his royal decrees. Sparkling conversation dominates this lively performance, although Galen's and his friend Toraf’s voices are sometimes similar. Gibel’s flirty banter will make a big splash with listeners. C.A. © AudioFile 2013, Portland, Maine [Published: APRIL 2013]