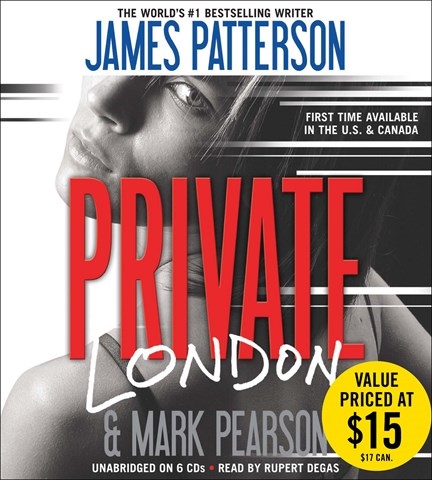 This James Patterson offering from his Private series is not one of his best. The author usually develops intriguing plots, but this one is mundane. The saving grace is Rupert Degas's narration. Three stories comprise the convoluted plot. "Private" is the world's largest detective agency, headed by Patterson hero Jack Morgan. First, he saves Hannah Shapiro from a kidnapping. Eight years later, Hannah is in trouble again and needs the assistance of Dan Carter, the head of Private's London office. Meanwhile, Carter's wife, a London police inspector is chasing leads relating to the abduction, murder, and mutilation of young women. Degas's rapid pace, character depiction, and modest British accent give one the ability to stay with this story. A.L.H. © AudioFile 2013, Portland, Maine [Published: FEBRUARY 2013]