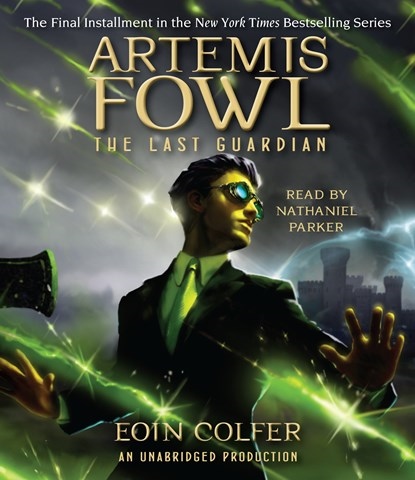 Opal Koboi is bent on destroying humankind to reclaim topside earth for the fairies, but one evil genius mudboy stands in her way: Artemis Fowl. This is the final showdown, and even listeners unfamiliar with the first seven titles will enjoy the face-off and Nathaniel Parker's magical talent. He juggles a wide cast of new and familiar characters, giving each a distinct voice and accent. Parker even differentiates Artemis's 4-year-old twin brothers, who get possessed by the spirits of bezerkers. The action may be over-the-top--and so might Parker's voicing of Opal as a cross between Hitler and Kim Jong-il. But when the bittersweet final act arrives, one hopes that Parker will be able to bring Artemis back to our ears. M.M.O. 2013 Odyssey Honor © AudioFile 2013, Portland, Maine [Published: MARCH 2013]