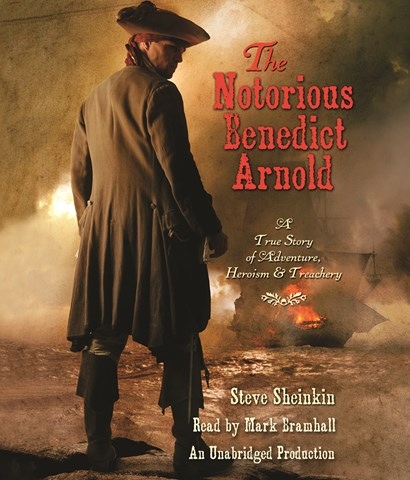 THE NOTORIOUS BENEDICT ARNOLD follows Arnold from birth through his heroic military exploits to his eventual treason, the first in U.S. history. When voicing the story’s narrator, Mark Bramhall evokes a rugged American archetype. In dialogue he shifts subtly through an array of accents: British, German, French, high class and low. His portrayal of the revolutionaries is as engrossing as the precarious circumstances of their lives. Bramhall's pace and timing are flawless. His voice quickens with the tension of coming battles. During covert missions he evokes the power of silence between his words. His narration pulls the listener in to experience just how close the lines are between hero and villain, and how close America came to losing the Revolution. A.M.P. Winner of AudioFile Earphones Award © AudioFile 2012, Portland, Maine [Published: SEPTEMBER 2012]